Technology has revolutionized the Advertising process and ecosystem. While we reap the benefits of the digitization of this once cumbersome process, we also share in its pitfall – ad fraud. With ad fraud set to cost the industry $87 billion by 2022, it puts into perspective the magnitude of this ongoing fight and the urgency to curb its increase.

Click spam or click flooding is one type of ad fraud that although seems outdated is largely prevalent. It is the nefarious efforts by publishers to artificially increase the volume of clicks generated by their app. This increases the perceived value of the site for CPC-focussed campaigns and CPM campaigns using CTR as an early indicator for quality.

Fraudsters achieve this by back-loading and mechanically clicking ads without the user being aware – meaning the user is legitimate and NOT at fault – or through click farms where hundreds of phones are used, and ads clicked on by paid employees.

While the deceptive nature of click spam makes it tricky to identify, there are certain indicators that can prove to be useful. Start by assessing the average click times from manifestly similar apps throughout an average 24hour window across each day of the week.

What are you looking for? Outlier sites for when clicks would commonly occur daily (check for farms which may operate once a week, for instance) in addition to odd click behaviours outside the typical ebb and flow of clicks over the course of the day for the average site.

Word of the wise – Assess outliers to ensure that they aren’t:

1. Using mechanics to bring users in at odd times,

2. Have promotions encouraging users in at odd times,

3. Targeting an objectively different user base from the mean.

Each of these could explain erratic click behaviour from the mean and cause a false positive in fraud detection.

Publishers have become increasingly sophisticated in hiding click spamming activity. They have become less greedy and know how to better mimic average clicks behaviour patterns of similar apps. First it is important to note that there is enough opportunity in the market; you should be concerned about users rather than sites, so blocking a site will not damage your overall campaign potential – it would merely cause a reallocation of your budget. Don’t be afraid to block a site that just doesn’t ‘seem right’.

Second, take the user device IDs (google only) of your sample app group and assess for a % of where you have seen the devices on elsewhere. If you find a site that has an outlier number of devices which you have never seen anywhere else in the market, you are likely looking at a bot farm.

Third, look at your CVRs percentage. As a rule, you should be blocking sites for bad CVR percentages, but, assuming robustness in how you are approaching similar apps (limited user targeting, consistent ad usage, etc), sites with unexplainably low CVR percentages present cause for concern as far as fraud is concerned.

Want to know more about ad fraud and its various types? Curious on how we approach ad fraud? Drop us a note and we’ll get right to you! 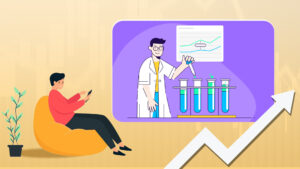 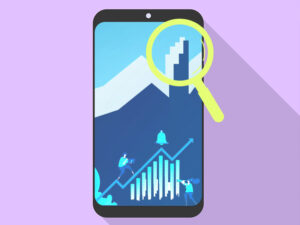